Over 90 Dominican priests, religious brothers and sisters, and laity are currently holding a week-long meeting at Ciputra World Resort and Hotel in Surabaya, Indonesia to share their unique experiences of dialogue especially with Muslims, and examine the way forward.

The meeting, which started on Monday and will end on Saturday, focuses around the theme of Dialogue as a Way of Preaching and is structured around exposures, presentations, responses, group work and plenary discussions. Major themes to be discussed are: “Fundamentalism and violence as realities of our world”; “The Word and the words of Dialogue” and “Dialogue as bridge-building towards peace”.

The Order of Preachers, better known as the Dominican Order (after the name of our founder, St Dominic) is a religious order founded within the Catholic Church 800 years ago. Currently, it has 6,000 brothers (the majority of whom are priests), 3,000 nuns (who are enclosed in monasteries), 27,000 active sisters, 144,000 lay members with a growing number of youth members and over 400 diocesan priests who are members of priestly fraternities. The Order is present in about 126 countries in the world. The Order only developed a presence in Indonesia 10 years ago and there are presently two communities – in Surabaya and Kalimantan.

The Dominican Order’s primary mission is the search for the truth (“Veritas” in Latin, the Order’s motto). This search takes place in community and through contemplation (prayer, meditation and study). The fruits of this contemplation are then shared with others through different forms of communication or preaching (writings, teaching, mass media, sermons, or silent presence).

From the outset, this preaching has been most profoundly undertaken through dialogue and debate. Dominic would spend whole nights in dialogue with people with beliefs very different from his own! In this spirit, since 1956, Dominican men and women working in Muslim countries or in Muslim communities began coming together every four years to share their experiences of dialogue with Muslims. These meetings normally took place in Rome. Hence they came to be called Journées Romaines Dominicaines (JRD), the French name for Dominican Roman Days. This year, however, for the first time ever, it was decided to hold the event out of Rome – in Surabaya, Indonesia!

This move was inspired by a decision of the Dominican Promoters of Justice and Peace and Care of Creation (JPCC) of the Asia-Pacific Region to focustheir quadrennial conference onInter-Religious Dialogue. It was therefore decided to combine the two events and, appropriately, to hold it in the largest Muslim country in the world!

Over the years, the focus on inter-religious dialogue has broadened out to include dialogue with religions other than Islam as well. This has greatly enriched the reflection. It also takes account of the sad fact that, while almost all religions evolved as means to create peace and harmony in our world, they are too often used to create division and even war! This places a great responsibility on all of us who profess a religious faith to demonstrate a deep respect for all other religions and to engage in a profound dialogue to ensure that all of our religions lead us to discover more fully the common humanity that we all share. This, in turn, will enable all of our religions to become a force for peace through the exercise of justice.

So, during these days, conscious of the many terrible religious conflicts that are taking place in our world, we want to learn from each other by sharing our experiences of dialogue from our varying backgrounds and circumstances. We hope to learn how we can communicate better with the one who is regarded as the other so that we can grow in mutual respect and love and hence become more effective instruments of justice and peace in our world. 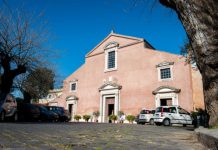 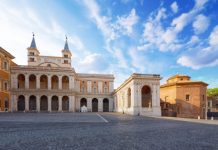 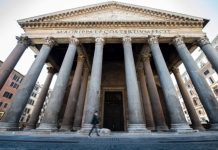 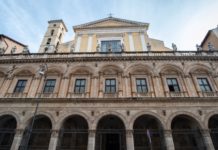 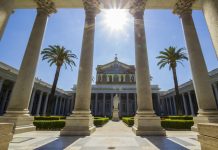